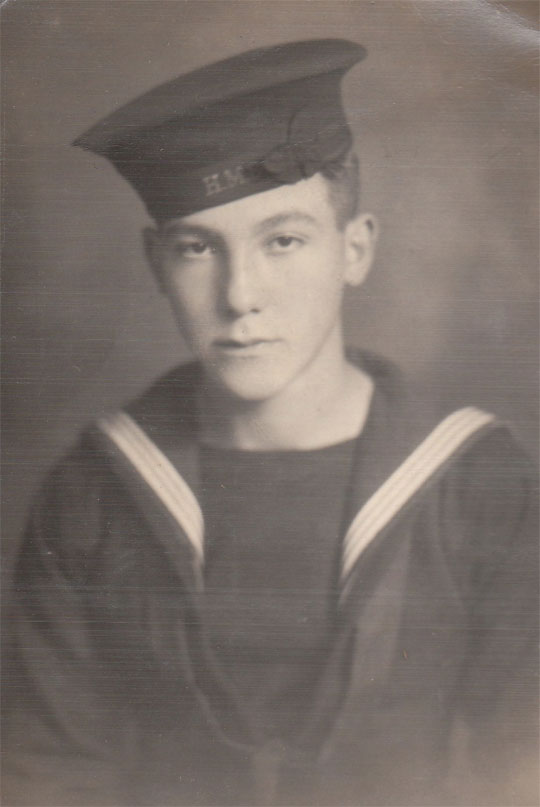 Bert joined the London Branch of the Coastal Forces Veterans Association about twenty years ago. He was one of our quieter members: a good listener, followed, where necessary, by his own quietly expressed opinion. He became a popular member, but his stay with the London Branch was fairly short–lived because he moved to Cornwall, where eventually he became a well respected member of the Cornwall Branch.

Bert was born on the 17th February 1926. He joined the Sea Scouts as a young lad and, as soon as he reached eighteen, he signed on as a ‘hostilities only‘ naval rating. After his initial training he was selected for Coastal Forces, serving on ML 106. He was later drafted to general service, where he saw further active service aboard HMS Mauritius while supporting the D-Day landings.

He had many strengths. He will be especially remembered for his selflessness and his enduring loyalty as a shipmate, also as a true friend after World War II.

For most of his working life Bert was a welder at Tilbury docks, but some time after his retirement, life was to become very daunting for Bert and his family. After contracting a severe and cruel illness he was at first cared for by his loving wife Kathleen, supported by their children Tony, Jackie, Douglas and Lyrian. As the illness progressed and needing 24 hr constant care, Bert’s family reluctantly had to place him into a care home where he remained until the end. Sadly, Kathleen died in 2009.