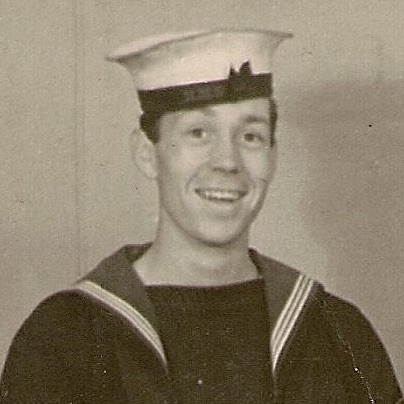 It was some 72 years ago that I met Dennis. At the time I was drafted to serve on MGB 647 during the Italian/Adriatic campaign in 1943. For the crew it was a most sad and mournful time, having returned to their port of Brindisi, Italy, after a patrol around the Islands of Dalmatia, where two crew members and two Royal Marine Commandos had been killed in action.

In my first meeting with Dennis we discovered that we were near neighbours here at home, both from the Essex side of London, and that we had a mutual friend he worked with at North Thames Gas, who was also a school friend of mine.

Dennis played an important role in the operation of the boat, being the Radio Telegraphist, with the responsibility of maintaining contact with other boats during action by radio and coded messages and morse code.

For the next 12 months there existed that excellent relationship and comradeship with in all the crew that helped us through some difficult and dangerous times. MGB 647 returned to Malta in June 1945, and at the parting of the ways we made our way home and eventually our demobilisation.

It was some 30 years after that parting in Malta that the Coastal Forces Veterans Association was launched to reunite old shipmates in that spirit of comradeship that was ours in 1945.

In searching through old books I found the address of Dennis when living in Ilford, and to my great delight was able to make contact again at the launching of the CFVA, and learn we both had families: Dennis, his wife Sybil and daughters Shyrel and Barbara, and for me wife Doreen, daughter Janet, and son Alan. Sadly both Sybil and Doreen have since died, but both enjoyed with us the wonderful experiences of the CFVA that has provided much joy and friendship.

For me one of the many memories of Dennis I recall was in 1987 with his wife Sybil and granddaughter Abbie, and Doreen and myself. With a group of Veterans including Commandos and Army units, we flew from Split to visit the British War Cemetery in Belgrade, where we were able to pay our tribute to those who died in the Island conflict of 1943/45, including the crew members of MGB 647.

Thanks to the CFVA we have enjoyed many reunions and times of reflections. To his family, daughters Shyrel and Barbara, grandchildren and great grandchildren, we share their grief with remembrance of a long friendship and shipmate.
Peter Bickmore