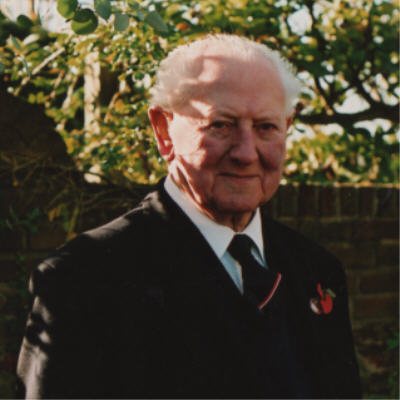 Peter volunteered for the Navy at eighteen but failed the medical; he had had rheumatic fever twice as a child which had left him with a heart condition. Six months later however, he got his call up papers. A heart specialist at this medical declared him fit and he joined the Royal Navy on 7th September, 1942.

Reporting to the shore base HMS Ganges, at Shotley Suffolk, for initial induction and basic training, following which he was to spend a month at HMS St Christopher, Fort William Invernesshire, learning how to work on Coastal Forces craft—MLs and MTBs. This was the real attraction for him, and why he had volunteered in the first place.

His first draft was to ML 212 at Holyhead in the Western Approaches, patrolling round the Irish Sea searching for mines. In one day they sank thirteen mines by shooting at them with 303 rifles.

After taking the Seaman Torpedoman’s course at the Eastbourne Girls School, Roedean—requisitioned as an annex to the Mine Warfare and Torpedo training establishment HMS Vernon at Portsmouth—he was to be drafted into the Mediterranean war theatre where he served in and around Malta and the Aegean Sea areas with the 10th and 27th MGB/MTB flotillas.

As an A/B Torp Seaman, one of his jobs was to get inside the twenty foot long torpedo tubes to clean and grease them after use. The records show that his flotilla had a very active war. Shortly after VE Day the 10th/27th flotillas were paid off, including his much loved MTB 398.

He passed further examinations on the County Class Cruiser, HMS Norfolk, to become Leading Seaman Torpedoman, joining the Destroyer HMS Javelin. Because of his small-boat experience he became coxwain of the Captain's motor boat. He was finally demobbed in June 1946.

Peter’s time in the navy gave him a love of the sea and boats of any kind. He and his wife Audrey spent many happy times crewing on a gaff rigged Cutter to Holland. He built a Heron class dinghy to sail at Burnham- on-Crouch and when the children came along he built canoes and a fully equipped narrow boat to explore the English canals.

His enthusiasm for a challenge eventually led to a very successful peace time career and also allows another proud achievment of Peter’s to be seen. On display in the Malta Maritime Museum is the reproduction of the ship’s bell from HMS Illustrious. This perfect reproduction, including its damage sustained on the ship during WW2, used his skills developed during his employment with the British Museum. This bell was unvieled by HRH Prince Philip in 1974, the original previously on display, being returned to the Imperial War Museum

Peter enjoyed the companionship of his shipmates at the Southend Branch of the Coastal Forces Veterans Association and later as a member of the London Branch aboard HMS Belfast, where he could relive the happy, sad and dangerous times in ‘his war’.