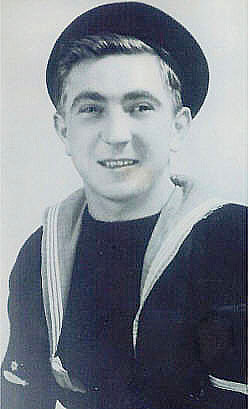 The news that Harry Leader had ‘crossed the bar’ and now rests in calmer waters was received with a great sadness.

There will always be very warm memories of Harry; having then only very recently been discharged from hospital, he had appeared to be his old self, even after quite a prolonged stay; but true to his character he did not disclose any details of his suffering or illness.

Harry will certainly be missed by all those who knew him—especially those members of the London Branch Committee—who sometimes were the butt of many ribald comments emitting from the irreverently titled Stokers Mess. He, being an active and leading member of this group, had the ability and wit of always being able to find a quick and humorous remark for whatever was being discussed at the time, sometimes raising a smile from his selected ‘target’—but his banter was always made without malice.

His broad cockney accent assisted his particular brand of charm, this also added to an ability to display a very warm nature and great love of being among those whom he called his ‘shipmates’.

Although being a fully paid up and active member of ‘our Stoker’s Mess’, Harry was not a member of the Engineering Branch of the RN. He had ended his naval career as an A/B Seaman having been awarded the Distinguished Service Medal.

Harry was one of only 10 survivors when MTB 622 was lost off the coast of Holland on the night of March 9th/10th 1943. Severely injured, he was rescued by the crew of the German naval craft VP 1300, spending many months in Dutch and German hospitals before being incarcerated in a POW camp deep in Germany. Still suffering from his wounds he, with three others, decided to try and escape from the POW camp after hearing of a proposed forced march of the inmates deeper into Germany.

After several hair-raising ‘incidents’ they managed to reach the advancing Allied army. Harry was to feel the generosity of the American troops for a number of weeks before eventually being repatriated back to the UK.

For many, Harry will be remembered as a true friend, but also it should be remembered that he stands among the ranks of this country’s heroes.

He will be sadly missed by his beloved wife Gwen, his son-in-law, grandchildren and great-grandson Harry.