Due mainly to travelling difficulties the October branch meeting was again a very diminished affair, but luckily it was judged able to convene with the bare minimum number of members present.

The huge London Cross Rail construction scheme, coupled with long term modifications being made to London Bridge Station, plus a one-way-traffic system introduced for Tooley Street and the temporary ban to road traffic over Tower Bridge, all conspired to make the journey to HMS Belfast extremely difficult, if not impossible for some travelling by car. However, the meeting was productive and most enjoyable.

A condensed version of the meeting minutes was reported with this edition.

Ken Gadsdon, our Chairman, is currently unable to contribute to this edition of the newsletter owing to domestic problems. He has requested to be 'excused duties' until further notice, so I have been volunteered to carry on. However Ken has extremely large shoes to fill, so you are warned!

We met on HMS Belfast on Sunday 16th October and discussed the events of the past few months and made tentative plans for 2017. More details are in David's notes below. We were delighted that Eddie and Vera were able to join us.

Our next meetings on HMS Belfast will be 13th November for Remembrance Day and 15th January 2017, by which time Tower Bridge should be repaired and the travelling problems hopefully eased.

A Day To Remember

We are pleased to announce that Albert (Tex) and Mary Baseley celebrated their 70th Wedding Anniversary with their family on 15th October.

Our heartiest congratulations go to Tex and Mary – may you have many, many more.

The Fruits of Skilled Modellers

We are fortunate here to be able to show you some of the efforts of very skilled modellers. First is a detailed working (radio controlled) model of HDML 1008. This model was constructed by Peter Stern a long time friend of the late John Lambert, who had supplied the drawings. The detail shown of the forward 3-pdr gun is truly stunning. There are several other images of the superb detail involved with this model and will be shown in the Spring edition of the newsletter.

Our second gentleman hails from New Zealand. Mike Harrison likes to model in the larger scale and is currently constructing a 5ft plus model of HMS Brave Swordsman. The original boat was launched in 1957, right at the very end of the Royal Naval entity known as Coastal Forces, but as we may know, she was the first really successful vessel to use gas turbines as main propulsion units; the 'Gatric' MTB 2009, Bold-class and HMS Grey Goose having been experimental craft to prove the concept and development of gas turbine power for marine use. Mike Harrison informs us that his latest model is far from complete and will total at least two years in the building. His experience in building to such large scales has seen a previous build of HMS Brave Swordsman — this particular model came to grief falling off a vehicle roof rack!! Again, the detail seen with the modelling of the Bofors gun is very impressive — and there are two of them!!

The Bofors gun is not finished Mike informs me. He has to build the electrical and mechanical fittings to the starboard side of the weapon as well as the gun operators compartment and gun loader stand behind and alongside the breach on the port side. Of course it does not yet have the shielding normally fitted to this mark of Bofors. The skill shown with this particular model gun gained Mike a well deserved award at a prestigious ceremony in New Zealand - well done!!

Mike’s model will also be radio controlled and incorporate a sound system that will emulate the whine of GTs starting up (and running) together with other nautical noises.

Here is a recent shot of London Branch member James Battison’s MTB 208 undergoing restoration at Teddington. A White built Vosper ‘short’ boat that has quite some history.

Having lost several valuable members this year, we are inevitably setting course to rely more heavily on new membership to keep the London Branch afloat. But, we are ‘afloat’ and already planning for the New Year. Leaving you with this positive note; the team and I again wish you all a very… 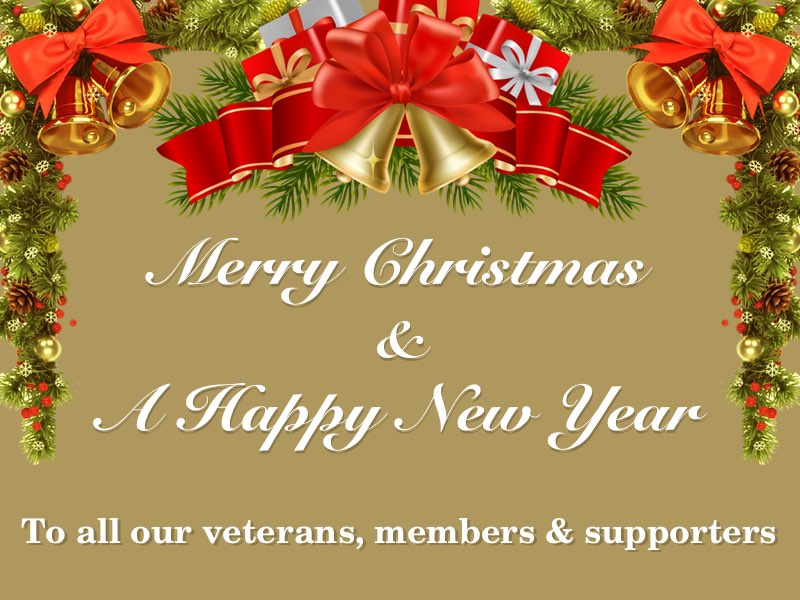 The winter newsletter is available to download and read in full as a pdf.