London Branch has received sad news of the passing of member Ken Gadsdon who has died aged 97 after a brief illness. A former Chairman of London Branch, Ken played an active role in matters, and was always keen to attend branch meetings held on HMS Belfast despite the difficulties that often entailed for him.

Serving on Atlantic convoys, and in Coastal Forces in the Mediterranean & Adriatic on MTB 651, Ken was severely wounded in action, and invalided out of the Navy. A feature of his time in the CFVA was his concern with reconciliation; one which led him to seek ties with German veterans of E-Boats, and to form a particular friendship with one, former PoW Martin Kuner, who died earlier this year.

A notice has been placed on the forum, and a full obituary will appear on the web site later. 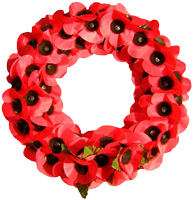 On this day: 21st October